WWE is moving its streaming library to NBC-Universal's Peacock in a deal believed to be worth $1 billion over 5 years.

The WWE Network, one of the first single-brand streaming services and often cited as the inspiration for modern services such as Disney+, CBS All-Access/Paramount+ and HBOMax, is shutting down its independent OTT services in the US and moving all its content to NBC-Universal’s Peacock starting March 18.

The companies will be announcing account migration details in the coming weeks. WWE Network subscribers outside the US will be unaffected by the deal.

WWE has been airing its programming on NBC-Universal’s USA Network dating back to the 1980s, with the exception of a 5-year period between September 2000 through September 2005 when its flagship program, Monday Night Raw, aired on TNN/Spike, now known as the Paramount Network. NBC also aired late-night specials called Saturday Night’s Main Event in the 80s and early 2000s. USA Network currently airs Monday Night Raw and NXT, while their Friday Night Smackdown airs on Fox.

Financial terms of the Peacock-WWE Network pact were not disclosed. “We feel great about the financials. Otherwise we wouldn’t have done the deal,” said Nick Khan, WWE’s president and chief revenue officer, who joined the company last August from CAA. “To have WrestleMania in particular — which is our Super Bowl — available [for no extra cost] on Peacock is quite different from other models you’re seeing.”

For Peacock, the WWE Network is “a transformative addition,” said Rick Cordella, Peacock’s EVP and chief revenue officer. “We have a lot of data that shows live events and sports drives a lot of user acquisition,” he said. “The bet is that there exists a much larger total available audience [for WWE programming] than is on WWE Network today.”

WWE Network launched in early 2014 as a repository for WWE’s vast programming archives, both for its own various programs throughout the years, as well as the tape libraries of defunct rivals that the company had acquired over the years. The company also produced original wrestling programming including a weekly show for its Florida-based NXT training promotion. The network also streamed all of its pay-per-view events live on the network at no additional charge, a strategy that led to friction with cable companies and satellite providers, many of whom stopped offering WWE pay-per-views. Those shows commonly cost upwards of $50 or more to purchase, as opposed to the WWE Network’s highly-promoted $9.99 per month.

The WWE Network had several issues during its existence, such as its regular offers of 30-day free trials, including to current and former subscribers. These trials were often offered during the buildup to WrestleMania and the Royal Rumble, traditionally WWE’s #1 and #2 highest-purchased pay-per-view events. These trials, intended to boost subscriber numbers for their investor reports, led to the company leaving potentially hundreds of millions of dollars on the table.

WWE Network struggled to cross the 2 million paid subscriber threshold, and failed to significantly increase its subscription numbers during the pandemic, one of the few services to have that issue. By contrast, Peacock has 26 million subscribers, although NBC-Universal has yet to clarify how many are using their free tier vs. paying subscribers.

The Wall Street Journal reports that the deal is a 5-year licensing term worth $1 billion. 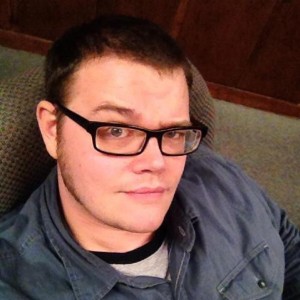